Home » Why We Exist 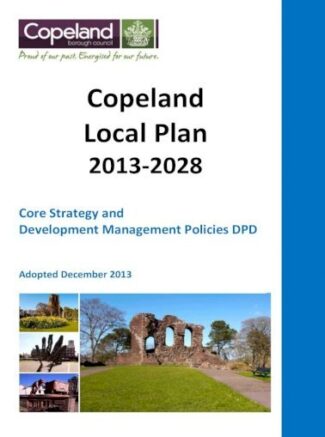 The Project began in 1996.  At that time Whitehaven (situated in the borough of Copeland) had embarked upon a process of significant redevelopment, particularly the transformation of its industrial harbour into a marina and tourist attraction.  Some funding was made available to establish WHYP so that young people would have a stake in the changes that were occurring in their town.  The project was based in Pears House on the harbour which was shared with the Harbour Commissioners.  It was managed by representatives of the local Police, Social Services, the Probation Service, the Educational Welfare Service and Clubs for Young People.  It provided outdoor activities for young people and also a youth club.  In 2008 the project moved to its current venue.

Copeland is one of the six local authority districts that make up Cumbria.  Using the Indices of Multiple Deprivation (2015) the district is classified as the second most deprived in Cumbria for overall deprivation.  In addition, of the 25 wards that exist in Copeland, 6 (10%) are among the 10% most deprived in England.  These include ‘Harbour’ ward where WHYP is situated, and the adjacent wards of Mirehouse and Sandwith.  Copeland as a whole has some of the highest levels of young people not in education, employment, or training (NEET) as well as having the highest level of hospital admissions for alcohol misuse for under 18s compared to Cumbria as a whole (Cumbria Children and Young People’s Plan 2016-2019).

WHYP responds to these needs through the delivery of sport, physical activity and outdoor adventures. and through the provision of safe, positive and supportive space for young people to meet.  The accessible town centre location of the project and the open-access drop-in facilities means that the project can build long term relationships with young people, giving time for them to feel confident and safe enough to take part in our broader activity programme.  A recent example of this comes from a Girls Group that meets at the premises on a weekly basis.  It has taken some of the beneficiaries over 12 months to actively take part in any physical activity workshops but the summer of 2016 saw 12 of them enjoying a day on the lake on stand up paddleboards.

We are constantly updating our delivery in response to our own monitoring and evaluation work with young people and to ensure that we continue to meet needs set out in local and national strategies and agendas.  Some of the key documents that currently influence our work are linked below.

Cumbria Intelligence Observatory: A must view website for anyone interested in learning more about Cumbria and the people that live here

For more information about the project see our latest Annual Report.